My main activity is finding decrepit pieces of metal and welding them together to create a somewhat coherent and recognizeable form. 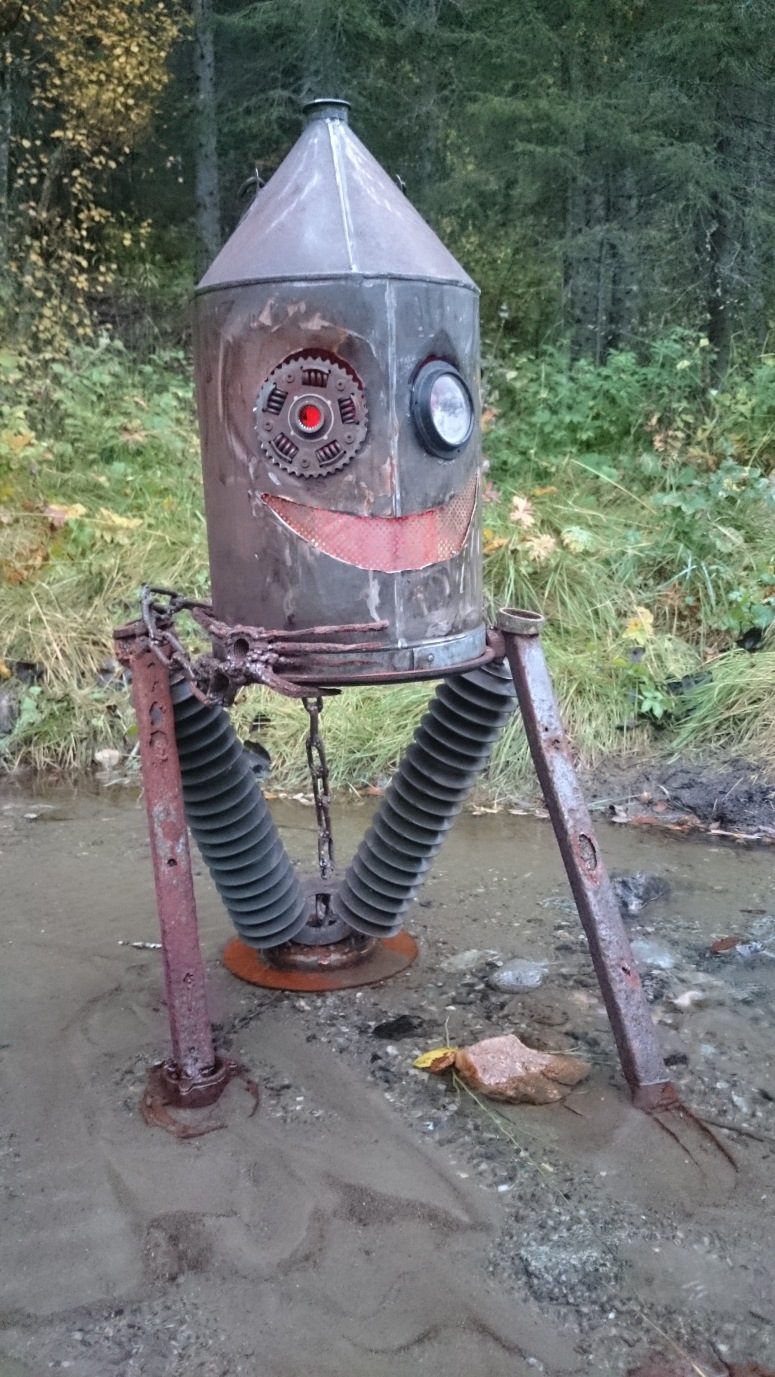 An unnecessarily heavy lamp made from an old iron can, rusty chains, autoparts and some scraps. Made for Elvelangs Bodø 2015. 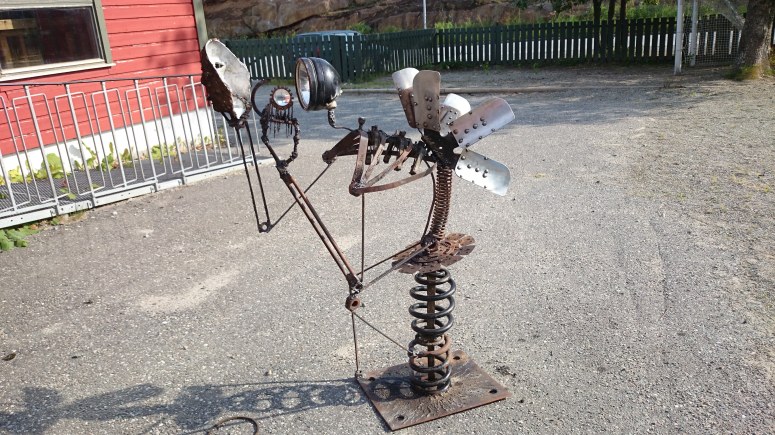 short for introspective/introvert/introduction, because I’m in a hurry when naming works. An angel sitting on a flower, looking at the inside of its own face. Because why wouldn’t it? Made as a gift for Kirkens Bymisjon Englefabrikken Bodø.

Unfinished concept design of a handicapped old centaur holding a flower. If I ever get back to this one, I’ll discard everything but the wheels and cow’s head. And possibly the flower, which turned out quite nice. My intention  is to make a taller, beefier, more anatomical piece, but as it turns out, the base skeleton is barely able to uphold its own weight (200 kg) as it stands, so a complete rework is in order. The whole thing is modular, like rusty legos, for ease of transport. At the time, I do not own a mobile crane. 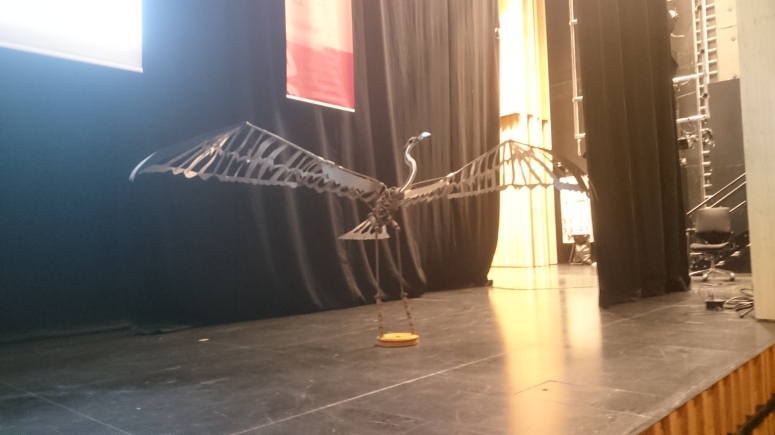 4m wingspan heron made for “Aksjon beskjønning” Bodø 2016. Everybody seems to like this one except me. Here displayed in Stormen, Bodø for Nordlandskonferansen 2016.

This is a text widget. The Text Widget allows you to add text or HTML to your sidebar. You can use a text widget to display text, links, images, HTML, or a combination of these. Edit them in the Widget section of the Customizer.